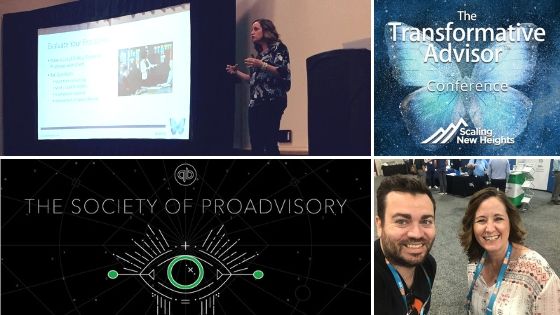 I just want to share a couple of thoughts about my Scaling New Heights experience.

In one of my sessions at the Scaling New Heights conference, where I was talking about managing processes in our firm, one of the comments that came back to me from an attendee, later on, was the big aha moment they had when they realized that when they onboard a client that – that should actually be a profitable endeavor for them. In other words, they weren’t charging to onboard their client and just assumed that the first year of working with a client is going to automatically be a loss.

Absolutely blew my mind and he was so excited to leave and implement change in his firm that would allow him to charge his clients for the value that he was providing them as they were converted to a system that was going to save them money, help them have more information about their business, and so on. That was a huge moment and just a really cool thing to hear.

Another moment that I had at Scaling New Heights — I was waiting in line to get a chai latte at the Society of ProAdvisors room and this lady was there getting coffee, and she saw my name tag and recognized me. She said that she was in a session that I was in. I guess it was that same firm process session. She said that she so appreciated the fact that I made it approachable and attainable for people, that I didn’t speak down to them, and that I really made it where it was something that they could do, and that even as an expert in what I do, that I explained it in a way that was attainable.

She said, “I was able to take something from that and knew that I could do this, that you were one of us and that you got what we were struggling with, and had done your research or got your experience, or whatever it is, but you’d made it where we could attain that.”

That was a really cool moment and really validated me because that’s what I strive to do every single time I teach. You kind of wonder sometimes and it was nice for somebody to take the time to say that to you. She could have just said, “Hi, I’ve attended your session.” But to take the time to share her thoughts, that was just really encouraging.

I have a few highlights from the Scaling New Heights conference. One of the highlights happened in the very last session that I was a part of. We were doing a session on recapping everything that we’d learned throughout the conference. How do we now talk to our clients about advisory services and so on? We sat in a class, we introduced the session, and then broke out into four small groups. And there were some who were further along in their journey than others, but it was just sharing and talking through some things.

And shockingly, I was quiet through most of it. There were just little things that I would throw out, questions that we would ask and lead the conversation a little bit and just facilitate it. One of the things that the main presenter had us do was recap what we discussed in our session, in our little groups. Then we asked for the audience to give us their thoughts. This one gentleman said that he hates these kinds of sessions and always avoided them as much as possible and yet was very thankful that he got to attend this one.

I kind of felt this little proud moment that I got to be a part of that. Not that I did it, but that I got to help make that happen for him. He could have a different experience and it was positive, and it was helpful for him. That alone was amazing. Then he raised his hand again and said, “You know, after today, this session, I have a place to start.” That this grown man came to this session and was able to meet other colleagues that he would never talk to because he’s shy and introverted and smart, but just not able to make those connections. That was a huge, powerful moment for him. Just the fact that I just got to be in there with him was so amazing.

It just really summed up, for me, what these conferences are all about. 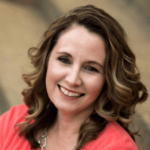 And so…those were my three big moments.

There is nothing more frustrating for a CPA or Bookkeeping firm to “know” all of the changes that need to be made in their firm for maximum results, but never figuring out HOW to navigate a plan for success. I can help! You can contact me here.